7 Land Issues Which Delay Housebuilding in the UK

There is no question that Britain needs to drastically increase its housing stock year-on-year. Following World War Two, the UK construction industry delivered around 300,000 homes per year and continued to do so for several decades. Today, that number dropped significantly to 141,000 homes in 2014 despite record population numbers. As pressure mounts across the UK, builders are noticeable sceptical when discussing targets to build 200,000 homes per year by 2016, but why? These seven issues facing the construction industry today may shed some light on the current housing shortage.

The release of land for residential use has been on a steep decline since 1989. Since a 7,000-hectare peak in 1990, the land market has been sporadic and on a continuous downward turn. A dramatic decline between 2007 and 2009 plummeted land release to just over 2,000 hectares over the two year period. The lack of land available for residential development has pushed up land prices and has undermined Britain’s ability to construct homes, particularly affordable homes. According to Shelter, the price increase amounted to 170% between 2000 and 2007.

The volatile nature of the land market in the UK is often felt by the construction sector in terms of increased financial risks and vulnerability to sharp changes in the market. As a result, many firms adopt a cautious attitude that focuses on smaller projects and strategic land banks in highly sought after areas. These banks are secured by builders for future development and are often left until land values increase to reduce risk. Back in 2008, the Office of Fair Trading found that 82% of land held by builders was strategic land that remained undeveloped for an average period of 14.3 years. While this self-serving attitude has been created by flaws in the market over several decades, it ultimately hinders housebuilding targets year-on-year.

Often the cheapest land that has development potential is underused farmland. However, much of this untapped land is located away from infrastructure – schools, hospitals, utilities – that we all rely upon. The additional costs to supply these needed amenities often override construction plans. Despite government efforts to relax planning permission when developing land for residential use, initial planning permission constraints continue to be an issue.

The Green Belt has become a political football and the elephant in the room when discussing how the UK will meet its housing targets. The argument that the Green Belt should be protected has been backed up by the government, however, critics are concerned that brownfield sites alone will not meet rising housing demands in London. While it has been calculated that more than 365,000 homes can be built on brownfield sites, this figure is based on full capacity development and will account for just 46% of the homes that are needed to meet population requirements by 2030. Despite loosened restrictions and plans to build thousands of additional houses in the Green Belt, as part of the Green Belt policy, developers will need to “demonstrate very special circumstances if projects are to proceed.” The much contested land, which takes up around 13% of England’s land area, was not designated by its natural beauty but as a mass of land to stop cities from growing. This has led to calls to assess areas which has development potential without affecting the natural biosphere, such as scrubland. 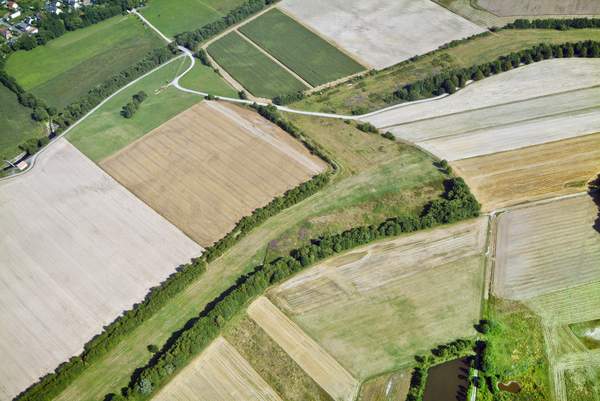 UK planning permission laws are infamously complex and wide-ranging. When the plethora of conditions were first created, such as energy efficiency ratings, they were designed to enhance the quality of builds. However, these conditions can prolong developments and can cause severe delays with local planning authorities. Following government concerns, the 2015 Infrastructure Act was introduced to speed up discharge proceedings. How the act will influence the efficiency of future builds will be assessed over the coming years.

‘Brownfield’ has become the biggest housebuilding buzzword in 2015 as the government turns its attention to developing these unused sites – particularly around London. According to the Homes and Communities Agency, 54% of England’s 61,920ha brownfield land is either derelict or vacant, while the rest is mixed use with potential for more development. One of the biggest issues when dealing with brownfield land is remediation. Due to contamination, developing this type of land can be costly and complex. Assessing social, ecological and archaeological aspects, alongside community engagement, has proved to be a costly process that has discouraged investment.

As part of London’s six point Long Term Economic Plan, George Osborne has pledged to release hundreds of acres of land owned by the Greater London Authority to build up to 100,000 affordable homes. While this is a healthy step in the right direction, the issue of landowners sitting on huge plots of undeveloped land remains a huge hurdle. In 2014, it was revealed that Tesco’s unused land could be used to build 15,000 homes while landowners in Dublin have accumulated a 63-acre unused mass. Sitting on land has always been driven by supply and demand. Landowners release small plots at a higher price over a longer time span to maximise returns. As this owned land is released slowly, new developers face access issues when breaking into the market. To combat the problem, suggestions have been put forward to draw up a proper tax system on undeveloped land with planning permission.

For the latest land news, current opportunities and site assembly market analysis, head to LD Events’ 2015 Site Finding and Development Conference on Tuesday 19 March at London’s Cavendish Centre. This popular event is likely to sell out so book your ticket now to avoid disappointment.