The recent post-election property bonanza has been well documented and welcomed with open arms by on-edge investors and agents in the UK and abroad. Interest rates were held and record cash purchases reached an all-time high of 38% in May, amidst a frenzy of activity, particularly in the commercial and luxury property markets. However, like any property boom, another side of the coin emerged. In a bid to monopolize on the air of renewed confidence, high-risk loans with relaxed safeguards have become more readily available, fuelling worries of another property crash on the horizon. Have lenders learnt from their mistakes in the run up to the financial crash or has greed and hubris clouded judgements once again? 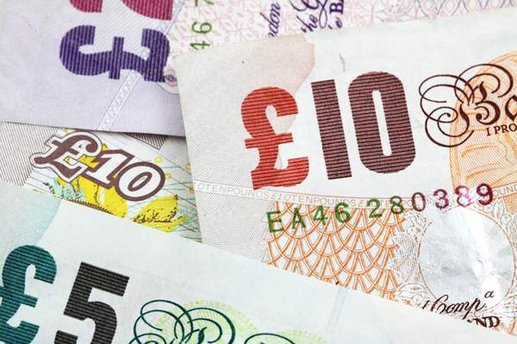 Bank loans with loose underwriting standards and relaxed safeguards, to commercial property developers in particular, have sparked fears of another real estate collapse, similar to the US housing crash in 2007 that caused a larger financial crash than the Great Depression.

HSBC and others now fear that if another recession were to hit, a lack of monetary tools and record debt levels would crush even minor future economic growth. Large European economies, such as France and Germany are currently trading on 50% and 70% negative equity bunds respectively while the Bank of England and the United Nations have both revised its long-term economic growth forecasts downwards.

Global capital targeting commercial property now stands at a record $429bn, and a boom in London’s commercial property sector is now drawing a new lender every week. International investors have, for now, not been deterred by currency movements and the international community still accounts for half of all luxury housing purchases in London. As banks focus on winning business, today’s frenzy for the highest yields may lead to dangerous negotiation deals and a willingness to drop basic protections that will keep regulators on their toes. Following events in 2007, world markets will also be keeping a watchful eye on whether excessive confidence will once again skew the visions of those at the American Federal Reserve and whether spurs in the property markets, propped up by a strong jobs market, will come to fruition in 2015.

Now that lenders are playing with cash that is less resilient to an economic downturn, the stimulation of economic growth and the importance of property assets have never been so prevalent. Loan-to value ratios that have risen to 70% - just 5% below pre-crash levels – is a worrying trend that has once again been created by financial institutions.

‘How to avoid another recession’ guides have been published every year since 2008. Despite heightened concerns, global economies have managed to stave off another catastrophe. Efforts to boost spending, especially in Europe, have been introduced, while cheaper fuel and cheap energy prices resulted in a record-low inflation rate in January 2015. The addition of a £1.1tn quantitative easing plan across Europe will also promote further UK property investment as once cash-strapped European investors look to increase their wealth in safe-haven destinations.

Despite the Bank of England downgrading long-term economic growth, glowing reports of ‘cranked up’ economic growth as a result of expansion has created a strong short-term sense of optimism. During a bumper summer for business following a Conservative majority win and a large QE front load to avoid a summer cash dip, lending mismanagement at this stage would scupper strong stimulus efforts across the developed world. The development of fast commercial expansion by lenders may increase an already strong consumer market that is driving current growth.

As the 18-month QE run begins to trickle into the UK property markets and increased confidence continues to spur activity, the current playing field for developers and investors is wider and greener than ever. The waiting game now begins on how many high-risk loans are exchanged over the coming year and whether the gamble will pay off amidst economic uncertainty. Watch this space.

Keep a careful eye on current property trends and news with the help of LD Events. Thousands of residential and commercial property professionals have benefitted from high-level market analysis and networking opportunities provided at every LD conference. Call us on 020 8877 0088 to find out more or book a place at an upcoming event to gain a competitive edge.