Investing in London commercial property, one year on

Arguably one of the worst hit asset classes post-Brexit, the once thriving commercial sector in London took a hit to the tune of £14bn in suspended new development deals from the likes of Henderson, Columbia Threadneedle and Canada Life. One year on, has the commercial sector managed to revive some of its post-Brexit buoyancy? We look at the current shape of the market and why portfolio diversification is key for today’s investors. 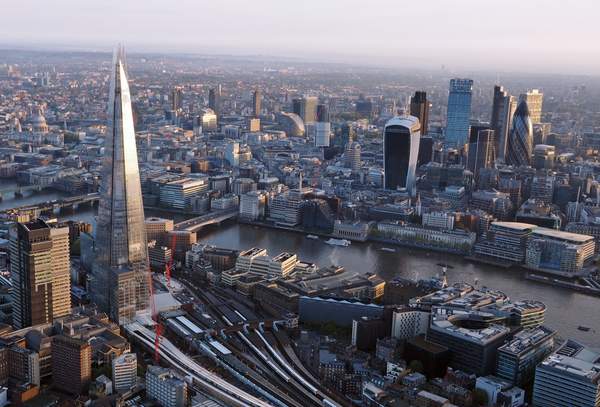 Immediate impacts to the market

Last June and July, commercial funds felt the brunt of economic and political uncertainty. 17 of the UK’s biggest housebuilders were acutely aware of the potential post-Brexit impacts to London’s 25,000 residential units in the pipeline alone, while investors were trapped in frozen property funds in the commercial sector.

Yet, the immediate market hit soon gave way to the reopening of funds from September. By December, all seven investment vehicles had reopened for trading. International firms like Wells Fargo capitalised on the depreciation of the pound and the Bank of England was quick to reassure Britons by not budging on the interest rate. This set the stage for what was to come: renewed confidence and strong performance in 2017.

The city office market, one year on

By January of this year, asset investors were well disposed toward commercial assets, buoyed up by investment interest from overseas. The funds that were hardest hit in 2016 were open-ended funds, which are vulnerable to shock investment events. As a result, many open-ended funds closed and investors couldn’t access their cash. So, by the turn of the year, investors were keen to focus on close-ended funds, which offer investors greater choice, particularly within niche areas of a property market - which perhaps goes some way to explain the huge demand for alternative property assets in London this year.

This July, the city’s office market performed strongly, with take-up in June up 19% on this point last year. 80% of transactions were of Grade A standard, while rolling 12-month take-up by the end of June 2017 was up 28% on the long-term average, according to Savills. 36% of developments in the pipeline for 2017-2020 are already pre-let, while City Fringe sales accounted for 54% of take-up in the first half of 2017. The greatest proportion of new office lets were by the tech and media sector, while the average prime rent in London in Q2 fell by just 1.7%, a less dramatic fall than previously expected.

Although pressure has eased in the commercial sector, uncertainty over how Brexit will unfold carry the same freeze risks to property funds. That’s why investors are choosing to mix their commercial assets with high yield property assets elsewhere, which increasingly fall under the umbrella ‘alternatives’ market. Student housing, retirement living, build to rent and communal living have all become mainstream assets in a diverse portfolio. Buyers are now using these assets to bypass the ‘boom and bust’ economics that has taken over the mainstream residential market.

If you’re considering a different investment path to diversify your commercial portfolio, join us on 26th September for our inaugural Alternative Residential Property conference. Hundreds of delegates will be joined by an expert panel that includes Philip Hillman, Chairman of Alternatives at JLL, and Henry Lumby, Head of Retirement Living at Savills, to discuss what’s next for today’s exciting emerging markets.

Don’t miss out! Click here to place a booking.